Ireland is jumping with activities throughout the island. Tourism Ireland, the government agency that promotes Ireland in North America, is urging American visitors to Jump into Ireland in 2012, offering an array of great packages, travel ideas and a veritable feast of festivals, special events, sightseeing and cultural opportunities that make Ireland such an ideal travel destination.

Here is just a sampling of what’s going on this summer all across Ireland. You can find full details on everything Ireland has to offer by visiting DiscoverIreland.com/us

ANTRIM
July 13-21: Right up the road in Glenarm, County Antrim, you’ll enjoy the Dalriada Festival, recently voted the friendliest festival of the year by the National Outdoor Events Association. The festival celebrates the Scots-Irish heritage of the region, and features exciting Highland Games, Followed by Irish and Scottish music and dancing, culinary contests, and plenty of family activities.
dalriadafestival.co.uk

August 10-20: The All Ireland Fleadh Cheoil takes place in Cavan Town, County Cavan. The Irish Music Festival, run by Comhaltas Ceoltoiri Eireann, is an amazing gathering of the world’s greatest traditional Irish musicians, many of them entering the championship competitions or simply back to play tunes with old friends. The Fleadh Cheoil is all about the music – concerts, recitals, workshops and sessions – taking over the town. How big is it? Last year over 10,000 musicians showed up, and 250,000
people to listen!
fleadhcheoil.ie

August 23-26: In Dublin, the Tall Ships Festival features up to 100 vessels from around the world that will put down anchor at the Dublin Docklands for the four-day extravaganza. The docks will become a festival in its own right, as visitors get to board the ships and meet the sailors, while being entertained by live music, street theatre, parades, funfairs, treasure hunts and water activities.
dublintallships.ie

September: Stick around Dublin another few days to catch the Notre Dame – Navy football game being played at Aviva Stadium on September 1. The two American football teams have been dueling since 1927, and this marks their first show-down in Dublin!
emeraldisleclassic.com and IsleInnTours.com

June 30 - July 8: The Volvo Ocean Race Grand Finale comes to Galway City, a fitting finish for the world-famous sailboats. A Race Village showcases global cultures from each of the race’s stopovers, and expect plenty of Irish culture and arts, entertainment and cuisine too.
volvooceanracegalway.ie

September 7-9: The Tulla Trad Fest in County Clare is a terrific weekend of songs, music and dance. Tulla sprouted up around a 7th century monastery, but in recent decades has found acclaim as a bastion of Irish traditional music, exemplified by the famous Tulla Ceili Band. Headlining this year’s fest are notable traditional musicians like the Kane sisters, Liz and Yvonne, the Mulcahy family, Angelina Carberry, Vincent Griffin and the Five Counties Ceili Band.
tullatradfestival.ie 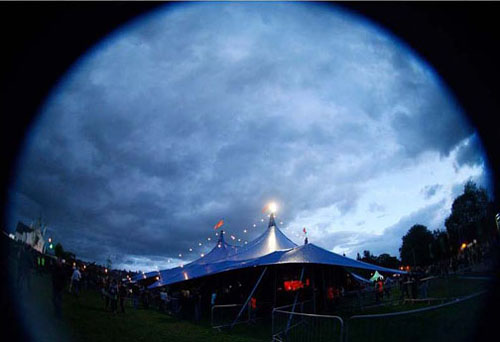