Located on Boston's scenic waterfront, the Blue Hills Bank Pavilion, formerly Bank of America Pavilion, is an outdoor concert facility that schedules some of the top shows in the music industry, from crooner Tony Bennett to Crosby, Stills and Nash. There is always a strong Irish dimension to the summer schedule, ranging from the Chieftains and the Irish Tenors to the Corrs, Celtic Woman, Elvis Costello and Van Morrison.

Perhaps the most enduring symbols of Boston's cultural richness, the Boston Pops and Boston Symphony Orchestra (BSO) play the best music to be found anywhere. The BSO's classical season runs from September-May, before it retires to Tanglewood for the summer, while the legendary Boston Pops runs from May-July and includes the Fourth of July concert on the Esplanade, an occasion enjoyed by people throughout the world.

Located in the heart of Cape Cod, the Melody Tent has entertained visitors and residents each summer for the past half a century. Once you've been to the Melody Tent, you can truely say you experienced Cape Cod at its finest. 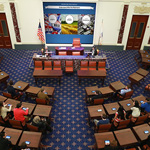 Become a Senator for a day! The Edward M. Kennedy Institute for the United States Senate offers a dynamic, interactive experience in democracy. Visit the full-scale representation of the United States Senate Chamber, where you can vote on a current piece of legislation and listen to live debates on historical issues. See a replica of Senator Kennedy’s Washington office and get a glimpse into his career and personality. Use digital tablets to engage with the unique exhibits for a high-tech, high-touch learning experience. 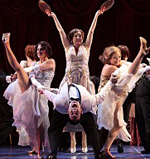 Now celebrating its 30th season in 2011-12, Huntington Theatre Company engages, inspires, entertains and challenges audiences with theatrical productions ranging from the classics to new works.  Huntington trains and supports the next generation of theatre artists; provides arts education programs to a diverse community; and celebrates the essential power of the theatre to illuminate our common humanity. Huntington's relationship with Boston University remains its primary strategic and programmatic partnership.

The region’s largest Irish organization, the Irish Cultural Centre of New England is a state-of-the-art, 46-acre facility with year round cultural, educational, literary and athletic activities for its 4,500 members. Its hosts an annual Boston Irish Festival each June, a summer camp for children, an annual golf tournament, seasonal events year round and more.

The Kennedy Library and Museum is the nation's official memorial to John F. Kennedy, 35th president of the United States and the descendent of Irish immigrants who came to Boston during the Irish Famine of the 1840s. The museum/library sits on a 10 acre waterfront site offering panoramic views of Boston Harbor and Boston's skyline. (9-5 daily). See Forums, Celebrate! & Special Exhibits.

Mechanics Hall, located in downtown Worcester and known for its marvelous acoustics, is considered one of the world's great concert halls. In addition to hosting scores of concerts and recording sessions, it is a favorite setting for weddings, black tie affairs, meetings and conferences and educational and political events.

Hibernian Hall has a rich history of service to Roxbury since it was built in 1913 by the Ancient Order of Hibernians and served as the hub of social activity for Boston’s Irish community for nearly 50 years. Reopened in 2005 as the Roxbury Center for the Arts at Hibernian Hall, the facility has a two-story performance space and ballroom with an adjacent caterer's kitchen and conference center.

This restored 1500+ seat theatre - considered Boston Theater District's "Little Princess" - continues to be the home for many local community arts organizations. The Shubert Theatre also serves as a venue for the touring companies that present Broadway, theater, music, dance, and opera. 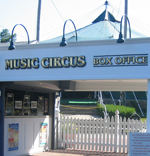 Along with the Cape Cod Melody Tent, the South Shore Music Circus has been an anchor for the state's outdoor music and theater traditions stretching back five decades. Though the resident theater company is gone, the Music Circus brings in the world's finest touring performers, from Tony Bennett and Carole King to the Irish Tenors and the Boston Pops. 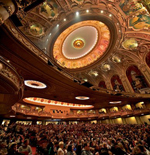 Listed on the National Register of Historic Places, the Wang Theatre has housed the performing arts since opening in 1925, developing from a movie “cathedral” and home to vaudeville musicals and big bands, to today’s role as an impressive venue for world-class theatre, music, Broadway, and dance. Through the generosity of Dr. An and Lorraine Wang, the Theatre was restored to its former glory in 1983. Today the Wang Theatre holds 3,500 audience members and boasts one of the five largest stages in the country.

The historic Wilbur Theatre is the ultimate destination for comedy and music in Boston. The theatre originally opened in 1915 but has been recently revitalized, and today it is a must for anyone looking to kick back and have a good laugh or catch top national live music in the heart of Boston's historic theater district.