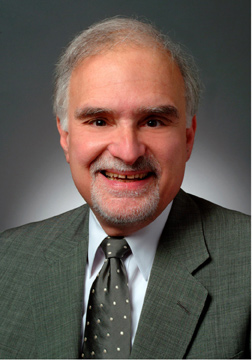 The undisputed king of tourism in greater Boston is retiring after 28+ years on the job.

Patrick Moscaritolo is stepping down as president and CEO of the Greater Boston Convention & Visitors Bureau (GBCVB) in February 2019.

During that time, the East Boston native has positioned Boston as one of the leading destinations in the United States and helped brand it as a world-class city. Just this year Boston was named the top summer destination by US News & World Report.

Before coming to the Bureau, Pat was Director of Boston’s Logan International Airport, where he helped establish the airport’s role as a travel hub not just for the city but all of New England.

In recent months, the travel and hospitality industry has honored Moscaritolo for his service. He was recently inducted into the Mass Restaurant Association (MRA) as an “outstanding corporate citizen” and for creating the popular Boston Restaurant Week, a semi-annual event that has over 150 restaurants participating. He also received an award from Mass Lodging Association (MLA) Hall of Fame and was a recipient of World Boston’s International Citizen Award.

In typical humble fashion, Moscaritolo credited his colleagues for his success.

“I have been so very fortunate to work with an amazing team at the Bureau. I also had the benefit of many mentors during my time at the Bureau, (including) successful restaurant owners, chefs, and hotel general managers.”

Boston Irish Tourism Association has been a member of GBCVB since 2000, and from all of us at BITA, thank you Pat for your leadership and for making small businesses like BITA thrive in Boston.