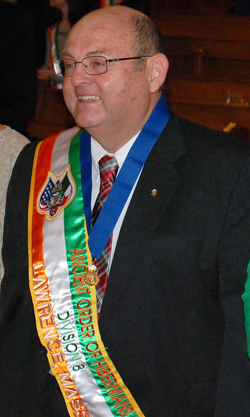 Lawrence native William J. Sullivan is a leader of the vibrant Irish-American community in Lawrence and the Merrimack Valley. An educator in the Lawrence Public Schools, Bill served for 35 years as a Teacher, Assistant Principal, Principal and District Administrator until his retirement in 2009. Bill has also been a member of Lawrence’s Rev. James T. O’Reilly OSA Division 8 chapter of the Ancient Order of Hibernians for 43 years, serving on a local, state, regional and national capacity.

Congratulations on being elected as an AOH National Director. What do those duties entail?

As a National Director, you follow in the illustrious footsteps of two other Lawrencians - David R. Burke and Mayor John Buckley. What is it about AOH, Division 8 that cultivates Irish-American national leaders?

Well, the City of Lawrence has a proud Irish history, having elected the first Irish Catholic Mayor in New England (John Breen, 1882-1884). This pride is instilled, respected and honored by our membership. Division 8 AOH and Ladies AOH membership are very supportive of their officers and we work as a team to ensure success. It truly is remarkable that our Division has produced three National Directors in less than 50 years, and I am proud to be in this category with David and John. 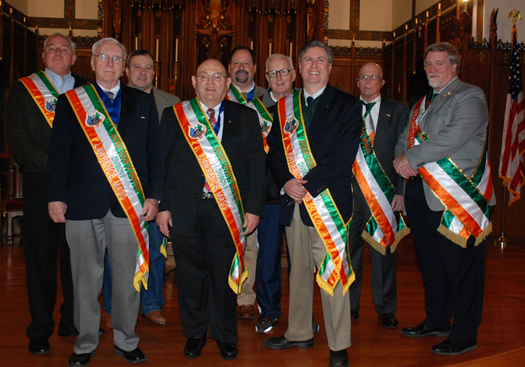 The City of Lawrence has an active calendar year round, but especially in March. What is your favorite part of the St. Patrick’s Day season?

It is hard to pick my favorite. This year’s 146th Dinner Dance represents a rich tradition of which I am truly proud. But if I had to pick one, it would be our annual St Patrick’s Day Luncheon where we celebrate St. Patrick’s Day with leading politicians and clergy. We have had Senate President William Bulger, Governor William Weld, Governor Charlie Baker, Ambassador Raymond Flynn and assorted Irish Government Ministers, Consul Generals, Roman Catholic Bishops and so on. Whoever thought a tradition that began just 48 years ago with only 15 members present, would grow to the fantastic event that it is today!