A memorial commemorating Irish immigrants who were buried on Deer Island in the 1840s was unveiled on Saturday, May 25, 2019 on the island. 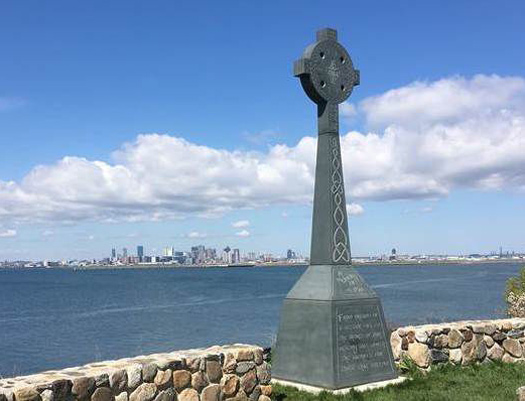 
Deer Island is currently the wastewater facility run by the MWRA, but in the 1840s it was converted to a quarantine station as thousands of impoverished and ill Irish immigrants flooded into Boston Harbor, fleeing the Irish Famine, a series of potato crop failures that decimated Ireland. In 1847 alone, some 47,000 Irish came to Boston.

The idea for an Irish Memorial was first raised in the 1990s, when the bones of interred Irish were accidently uncovered during construction. The late Rita and Bill O’Connell kept the initiative going until their deaths in the early 2000s.