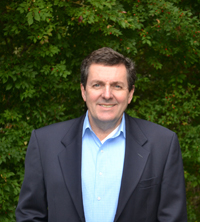 He is former president (2000-2012) of Boston Irish Tourism Association, which he and his wife Colette co-founded in 2000 to promote the cultural history and heritage of Massachusetts, and to strengthen travel connections with New England, Ireland and Canada. BITA publishes a free Travel & Culture Guide three times a year.


Quinlin created Boston’s original Irish Heritage Trail, which appeared in the book, Guide to the New England Irish, published in 1994.  Since then he has expanded the trail to include 20 sites in downtown Boston, and 20 in surrounding neighborhoods and towns.

He has contributed essays to The Irish in America (Hyperion Press) and the Encyclopedia of New England (Yale University Press), and has published regularly in Irish America Magazine and the Irish Echo.

He has written dozens of profiles on Irish-American artists, politicians and community leaders.

In 2009, Quinlin formed MassJazz to promote the vibrant jazz scene in Massachusetts.

Originally from Pittsburgh, PA, Mike lives in Milton, Massachusetts with his wife, Colette, and son, Devin.