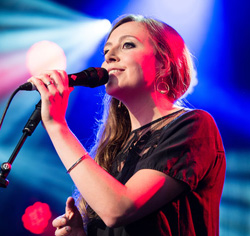 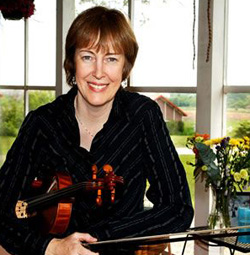 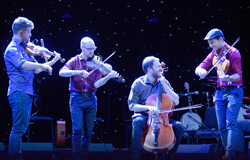 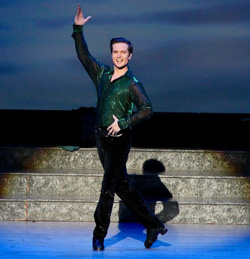 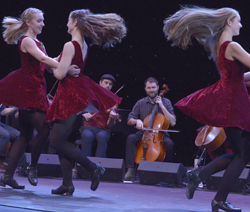 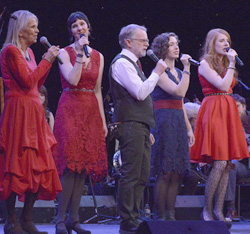 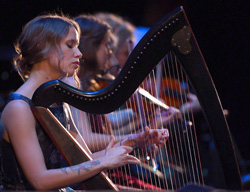 A Christmas Celtic Sojourn with Brian O’Donovan sparkles with masterful music, spellbinding stories and dazzling dancing. It evokes emotions of Christmas memories that stretch back generations. It inspires audiences throughout New England to embrace tradition, spirituality and community.

Now in its 17th year, A Christmas Celtic Sojourn returns to New England from December 11 through 22 at multiple venues around the region, including Boston, Rockport, Worcester and Providence.

A Christmas Celtic Sojourn is built around a splendid cast of performers capable of powerful expressions of love, beauty, sorrow and joy, particularly the joy of Christmas.

Also making her debut is acclaimed vocalist Siobhan Miller who won the 2018 BBC Radio 2 Folk Award for Best Traditional Track, and was also nominated for Folk Singer of the Year. Siobhan is joined by powerful vocalist Matthew Byrne and they will also sing in combination with host Brian O'Donovan, his wife Lindsay O'Donovan, and Maeve Gilchrist.

The renowned fiddler Liz Carroll is joined by phenom Haley Richardson for what's guaranteed to be an exciting fiddling duo.

Maureen Berry serves as Dance Director and has arranged for Jason Oremus (former lead of Riverdance)and Ashley Smith-Wallace (All Ireland and World Champion dancer) to join for this year's run, along with the Harney Academy of Irish Dance, with their special brand of Christmas joy. They are led by dance master Liam Harney, the Academy's founder, director, and choreographer.

Artistically directed by Paula Plum for the seventeenth straight year, this year promises to be one of the most spectacular shows to date!

Boston Irish Tourism Association is delighted to offer two chances to win a pair of free tickets to the following shows: Saturday, December 14 at the Cutler Majestic Theatre at Emerson College, Boston for the 7:30 pm show and also at 7:30 pm on Tuesday, December 17 at The Hanover Theatre in Worcester.

If this show is part of your Holiday tradition and you don't want to miss out, we highly recommend securing your tickets now to ensure your preferred seating at one of New England’s most cherished holiday traditions. As you can see, some shows are already sold out!

Winners will be announced two days before each show: December 12 for the Boston show and December 15 for the Worcester show. Please check back to see if you are the lucky winner.

See below to view the entire schedule and to purchase tix

To enter the contest, simply fill in the form below.